UK medium-range storage stocks are at record highs for the time of year with reserves more than 50% full just over a month into the summer season. A combination of low gas demand during Q1 2019 and the record levels of LNG imports that have reached the UK since October left the UK oversupplied. Medium-range storage stocks reached full capacity by the end of November 2018 and remained at record highs through December and January before operators began a spell of heavy withdrawals, seeking re-injections during the summer season when prices were expected to be even lower.

Since 1 April excess gas was exported to Continental Europe over the Interconnector. However, annual maintenance on the UK-Belgium gas interconnector halted the availability for the UK to export gas to the Continent. Britain had previously acted as transit nation for Norwegian supplies passing to Europe. While exports were unavailable LNG imports continued at a record pace. Twenty LNG tankers arrived in April delivering the most LNG in one month since 2011.

With demand limited – particularly during the very hot Easter holiday weekend, oversupply in the gas system forced flows into storage.

During the Interconnector’s ten day shutdown injections into storage averaged over 400GWh per day. Stocks more than doubled from 3.2TWh to 7.8TWh. The average level of storage for this time of year is just 3.8TWh and the previous highest level was just under 5TWh in 2016/17. Current reserve levels are 107% above average for the time of year. 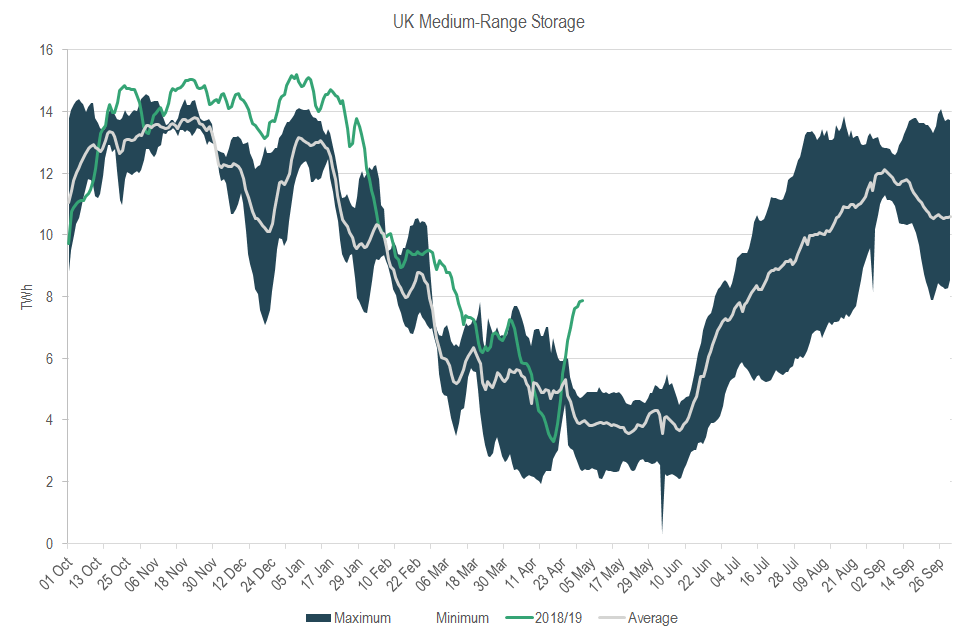 With the loss of the Rough storage facility, the UK has limited storage capacity, with around 15TWh of medium-range sites. These offer a faster injection and withdrawal process, but lack the scale of the Rough facility which operated on a seasonal basis. Total European gas storage reserves are also at very high levels. LNG imports flooded North West Europe during Winter 2018/19 and the Continent enjoyed a similarly mild Q1 2019. Total European reserves are broadly tracking the previous strongest year for storage in 2013/14. Before the end of April, total gas stocks in Europe were over 50% full with 500TWh of gas in reserve. 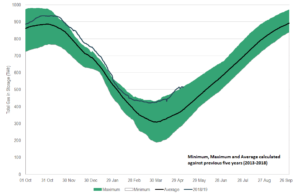 The healthy short-term fundamentals have driven Balance of Summer gas contracts back towards the levels from early April, with the front-month contract at lows not seen since August 2017. With storage stocks fuller than ever before at this stage of the summer, there will be limited availability for injections later in the season. This will limit demand and could lead to further price falls over the summer, unless LNG imports or Norwegian production turns down significantly. 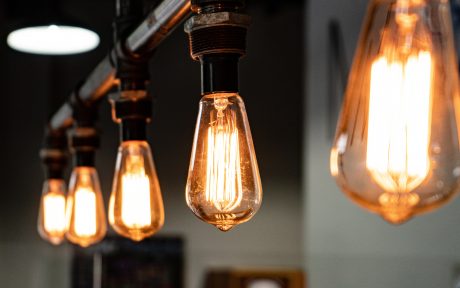