We take a look at the UK government's delayed energy strategy; it's targets and missed focuses.

The Government’s delayed energy strategy has now been released and it provides a look at how the UK’s long term energy security can be improved whilst attempting to meet net zero targets. However, the plan was widely criticised for ignoring targets on energy efficiency and onshore wind which are viewed as the best options to tackle the current rise in energy bills.

The plan is heavily focused on long-term supply-side measures and aims to make the UK’s electricity system 95% low carbon by 2030. To achieve this the following targets have been set:

As well as these targets the Government have announced a licensing round this summer for new North Sea oil and gas projects as well as a review into whether fracking technologies are safe. Many of the targets contain the caveats of ’up to’ and ‘subject to affordability and value for money’ which in the midst of a cost of living crisis raises questions about how much of the new capacity will be built.

The graph below shows how the new capacity targets may shape the UK’s fuel mix over the next couple of decades. It is clear that, while ambitious, these targets are very much a long term solution. De-rated margins will be tight in the short-term and we will remain dependent on gas for a number of years. The forecast below is taken from EIC’s Long Term Forecasting Report which provides a 20-year view of future energy costs. 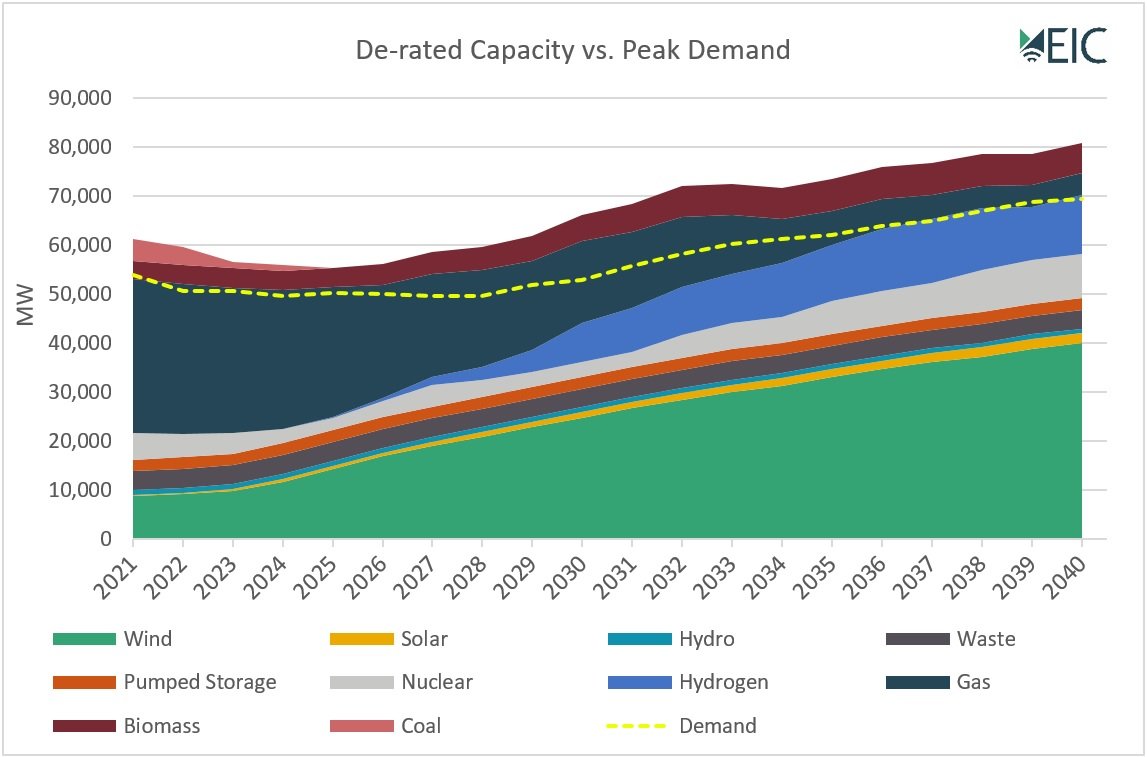 Considering the tight capacity margins over the next few years it is surprising there has been no intention from the Government to reduce demand by including energy efficiency measures in the energy strategy. In the past 10 years domestic installations of cavity wall and loft insulation have dropped significantly due to a lack of Government support. Schemes like these are seen as quick wins in terms of reducing domestic energy consumption which would help to lower bills.

Since the change in planning laws and the removal of subsidies for onshore wind in 2015 there has been a significant drop in the number of new installations. Despite initial hopes for an ambitious target for onshore wind, Boris Johnson has given in to pressure from Tory backbenchers who view wind turbines as an ‘eyesore’. This omission comes despite it being the cheapest method of generation and recent polls providing significant public support. The continued lack of planning and investment in UK energy infrastructure is finally catching up with the Government but it continues to be consumers who pay the price in the shape of increased energy bills. For more information please visit our website.