EIC expands on recent comments from industry professionals concerning the viability of fixed-term energy contracts in an uncertain future.

The impact of COVID-19 has been felt at all levels of commerce, whether it be the radical transition to remote working or exposing the fragility of the fossil fuel sector.

Many organisations have recognised the opportunity that remote communications technology like Zoom and Skype have presented. Building costs account for a huge portion of the average firms outgoings and by reducing the need for space, these costs can shrink as well.

‘The new normal’ it seems could be a boon for all businesses in terms of operation costs, not to mention time saved for their employees. However, as with any paradigm shift, this transition has a great deal of uncertainty attached to it.

A major challenge facing energy suppliers will be in predicting consumption patterns as more people start to work from home. Unpredictable fluctuation will make it more difficult for suppliers to mitigate risk on fixed term contracts. As a result, they will become greatly exposed to imbalance charges and ‘Take-or-pay’ penalties embedded in most standard fixed contracts.

As a means to protect against these volatile shifts in the country’s energy demand, energy suppliers will increase the price of fixed energy contracts. Doing so will protect against uncertain consumption patterns. Suppliers may also begin to leverage the terms within those contracts to the cost of the firms they are supplying.

“Post-Covid, there are too many unknowns for suppliers to price them accurately, so they are doing everything possible to de-risk contracts. Credit requirements are going up and some suppliers are not pricing for certain industries without an upfront deposit or a significant price premium…”

Currently, fixed-price contracts levy a 10% price premium compared to their flexible counterparts. Additionally, Hurcombe has predicted a 15-17% rise in 2021,  continuing to 20% the following year.

Non-commodity costs, expected to climb in the near future, now represent the lion’s share of energy bills. As such, they represent the largest risk factor for end-users/client procurement budgets. These ‘fixed’ contracts, which allow suppliers to pass through additional energy charges, may hold a costly surprise for the firms taking part. 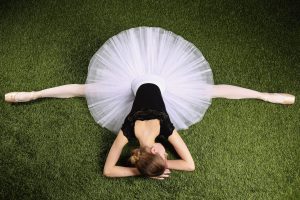 Help on the inside

Fortunately, flexible contracts, which EIC specialises in procuring, offer means to reduce or avoid some of these charges. They also afford adaptability in a changing commercial landscape. As volume consumption forecast becomes difficult and budget certainty key for the survival of companies, flexibility will become crucial.

The UK commercial and industrial sectors consume 185TWh annually, approximately £27bn worth, so the potential savings here are gargantuan. Savings of such magnitude can’t be ignored in an economy approaching its deepest recession since 2008’s financial crisis.

EIC can secure you a flexible energy contract to take advantage of these savings. The key markers that EIC looks for when engaging suppliers include contract features and functionality, transparency around price-fixing mechanism and competitiveness of the supplier’s account management fee.

Using these criteria means EIC can effectively guide your market position despite the fluctuations that a post-COVID future promises.

Existing EIC clients were collectively under budget to the tune of £65.7m between 2014 and 2018 for electricity and gas. One pharmaceutical client enjoyed 78% in annual savings over a 36 month period.

Find out more about how to recruit EIC’s expertise into your negotiations.