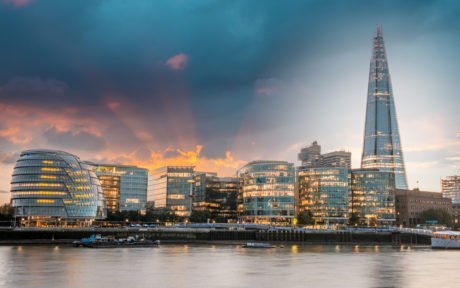 A crucial time in the UK energy calendar, Triad season, begins in just a matter of weeks. The Triad season runs from 1 November to the end of February. Three half hour periods during this phase are used to calculate transmission charges for the entire year by National Grid. This is part of the Transmission Network Use of System (TNUoS) scheme. If your electricity contract allows it, reducing your demand at these specific points will result in lower transmission charges. However, knowing when Triads occur is a complex business.

To help our clients, EIC provides a Triad Alert service. We have successfully forecast each of the three Triad periods for the last 7 years. By predicting Triads each winter, EIC has saved customers millions of pounds in transmission charges.

Triads are three half-hour periods with the highest electricity demand between 1 November and 28 February. Each Triad must be separated by at least 10 clear days. This means consecutive days of high demand won’t result in multiple Triads.

By comparison in 2017/18 average demand for the Triads was 47.5 GW. Maximum Triad demand has fallen by over 11 GW (~20%) in the last ten years. This reflects an overall trend towards lower electricity consumption. Major advances in technology and energy efficiency for appliances, as well as a move to smarter lighting are contributing to sustained year-on-year demand reduction. 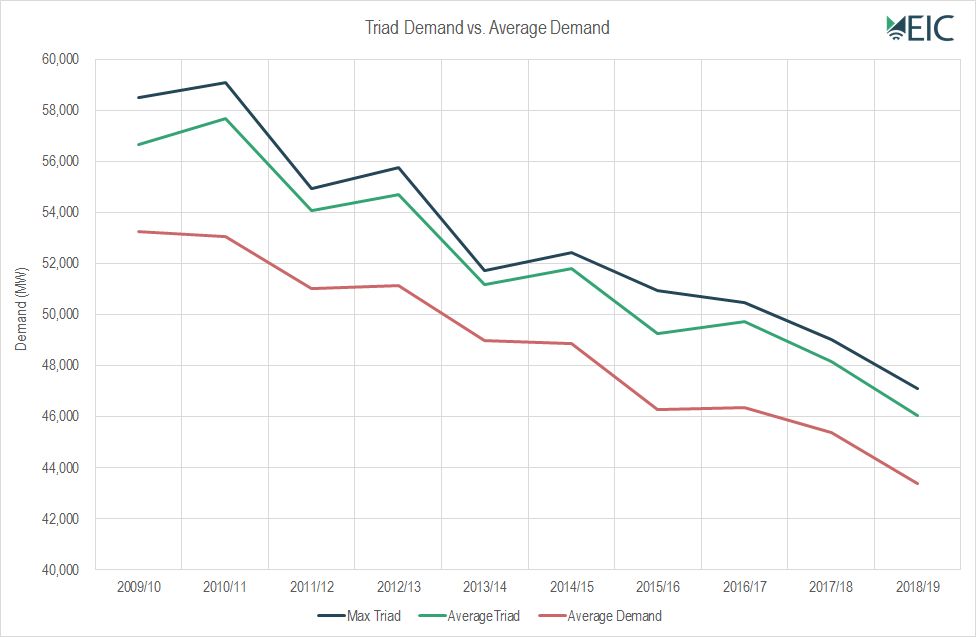 This trend provides an opportunity for an even lower Triad figure this year. Weekly peak power demand during 2019 has so far been lower than its equivalent week from 2018 on two-thirds of occasions. 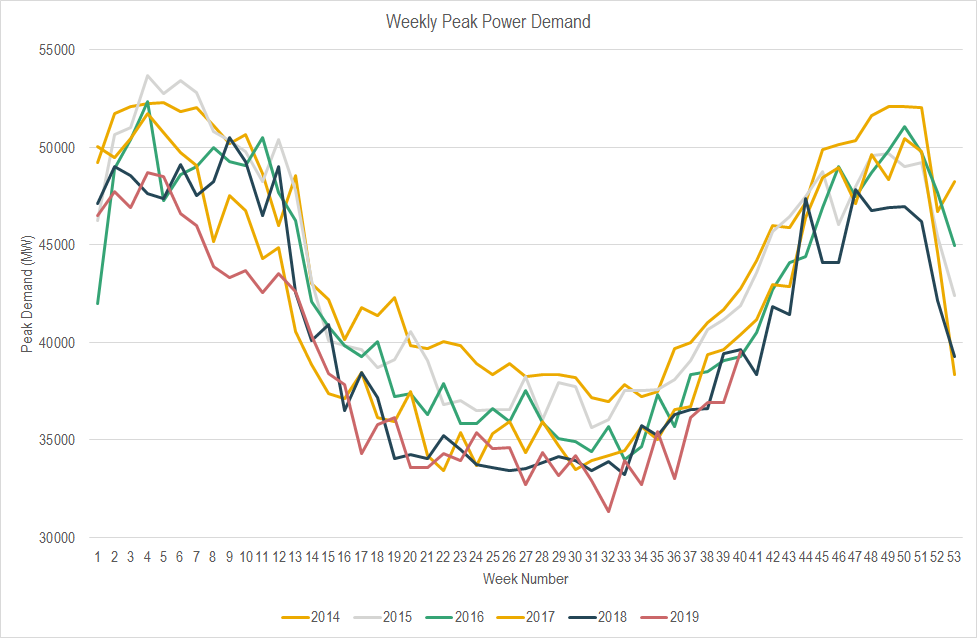 Most of this capacity is connected to the Grid so does not impact demand. However, around 6 GW (~30%) of wind capacity is embedded – it is connected to local distribution networks. As a result, it can influence outturn demand. Each MW of embedded wind generation is a MW of demand which otherwise would need to be provided by the transmission network. Therefore on days of high wind generation there may be a reduction in demand, triggered by the extra embedded wind levels. Average embedded wind output has increased by more than 1 GW over the past 10 years, contributing to the steady trend in demand reduction.

Last year the level of embedded wind generation varied by 3 GW, depending on nationwide wind conditions. This led to a demand swing of the same amount. This is having a growing influence on Triad forecasting as the increasing demand swing reduces the risk of a Triad occurring on days with high wind output. As a consequence, Triads are more likely to occur on days of very low wind generation. This was the case last year when each Triad occurred on a day with less than 1 GW of embedded wind generation.

HOW MANY MORE TRIADS?

The success of Triad avoidance in reducing costs for the end user has forced regulator Ofgem to undertake a change to the charging methodology for distribution costs. A consultation launched in December 2018 proposed changes which could remove the incentive for Triad Avoidance.

The Targeted Charging Review aims to introduce a charge that Ofgem considers is fair to all consumers and not just those able to reduce consumption during peak periods. Under current proposals, Triads would change to a fixed or agreed capacity, eliminating the need for avoidance in the future. Ofgem originally nominated a deadline for the reforms for April 2020. However, a recently released updated timeline has indicated that the regulator is now aiming for an implementation date of April 2023. As a result, it is possible that there will be a maximum of four winters remaining available for Triad forecasting, including the upcoming season. The removal of the Triad scheme will increase costs for business that currently benefit from Triad avoidance.

EIC has an in-house model which has successfully forecast every triad period for the last seven years. We provide clients with comprehensive alerts advising when a Triad is forecast, so they can reduce consumption accordingly.

Our Triad Alert Service forecasts the likelihood of any particular day being a Triad and sends alerts before 10am. This allows businesses to take informed action to avoid high usage during these half-hour periods. It also minimises disruption to their everyday activity. We monitor the market throughout the day and in the event of significant change will send out another alert in the afternoon. The daily report includes foresight of the next 14 days alongside a long-term winter outlook allowing clients to plan ahead.

Calling an alert every weekday would generate a 100% success rate, however we recognise the negative impact this could have on our clients. Organisations would incur major damage to revenues if required to turn down their production each day for 4 months ‘just in case”. At EIC our aim is to provide as few alerts as possible.

Last year we successfully predicted all three half-hour periods. The only tracked TPI or supplier which issued fewer alerts than EIC failed to predict all of the Triad periods.

HOW WE CAN HELP

We have helped hundreds of clients avoid these transmission costs by providing them with the tools needed, giving EIC an enviable track record in Triad prediction.

For those that took action last year, demand was cut by an average of 41% compared to standard winter peak-period half-hour consumption.

This resulted in significant cost savings, with clients who responded to our Triad Alerts saving on average £180,000. The best result last winter saw a client saving just shy of £1 million in TNUoS charges.