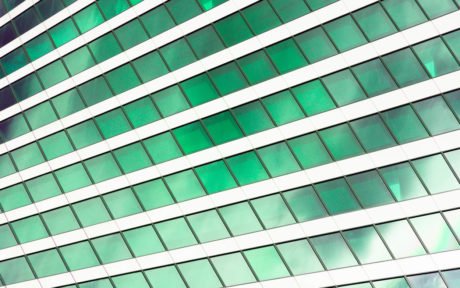 In April 2018, major changes were made to how National Grid charged for transmission losses from the electricity system. As these changes are now being reflected in electricity bills, consumers need to make sure these costs are being passed on correctly.

The net impact of the changes in transmission losses is that consumers in the north of the country are going to see notable benefits, while the south will see an increase.

What are transmission losses?

Transmission losses refer to the electricity lost in the main high-voltage transmission network, as it travels from generators to where it is needed. The losses are a normal and an unavoidable result of the physics of transmitting energy over any distance. However, these losses still need to be accounted for and, as a result, generators are required to provide more energy than is actually used to ensure the system is balanced.

In electricity bills, transmission losses reflect the cost to consumers for providing this extra energy. Though they are not a huge part of an energy bill, amounting to less than 1%, the modifications regarding how these losses are calculated could result in a large change in this small element of overall costs.

How have these charges changed?

Following the Energy Market Investigation conducted by the Competition and Markets Authority (CMA) in June 2016, it was decided that regional variations in transmission losses charges would be introduced. The CMA concluded that losses didn’t reflect the actual costs for operating the system, due to the fact that all consumers paid the same level of losses, regardless of their location, or proximity to generators.

In theory, those regions closer to where the electricity is generated will see lower levels of energy network losses compared to those who are located more remotely from generators. Therefore, the CMA’s solution was Zonal Transmission Losses. Each region would face different levels of losses, reflecting the actual costs of delivery to their location.

Previously, all consumers faced a cost based on the same calculation; all metered consumption was uplifted by the same amount – around 1% or multiplied by 1.01. The cost of the losses reflected the difference between the metered cost of energy and the cost for suppling the uplifted volume of electricity.

As of April 2018, each of the 14 transmission supply zones – which correlate to the 14 main electricity distribution networks –have a different multiplier for the extra energy to be supplied – the Transmission Loss Multiplier (TLM). These are also seasonal, as the level of energy lost on the network is impacted by weather and temperature conditions.

What is the impact of these changes?

For the largest businesses, which have bills that pass-on transmission costs directly, losses can change on a half-hourly (HH) basis, reflecting the changing level of energy requirements on the system throughout the day. Average monthly TLMs since April 2018 show how the multiplier has changed significantly in the last few months. This can be seen in the graphs below.

As shown, the zonal TLMs vary significantly around the average TLM for all regions, estimated to be remaining at the 1.01 level.

Of particular note is that both Scottish zones have a TLM below one. As the multiplier is less than one, this in practice means that those exposed directly to these half-hourly TLMs in Scotland could see negative transmission losses costs. This is to reflect that the majority of the UK’s generation is in the north, with consumers closer to sources of generation, while the bulk of demand is in the south, much further away from the majority of generation.

This wide variation in TLMs means there is also the potential for large swings in transmission costs based on location. The actual annual costs for transmission losses will also vary based on consumption over the year, particularly given that the changes will be seasonal too.

Based on the data on TLMs seen so far, it is estimated that transmission costs will be around 110% more than they might have been in the Midlands supply zone, while northern Scotland will see these costs drop by nearly 200%. Though this sounds significant, we must highlight that the scale of costs relative to the other parts of the energy bill are small, so in many cases consumers may not notice a huge difference in their overall annual bill as a result.

We can help ensure your bills are correct

Whatever the impact on your final bill, you should be aware of the variations that came into force in April. With such a wide variation in Transmission Loss Multipliers, it’s important that bills are checked for accuracy, particularly if a contract allows for full pass-through of the costs. Even a small error could – over time – lead to notable costs to businesses.

Here at EIC, we have an in-depth understanding of all the charges that can appear on your energy bills, and how you can control them to lower their impact.

To find out more about our energy bill checking service visit our website.