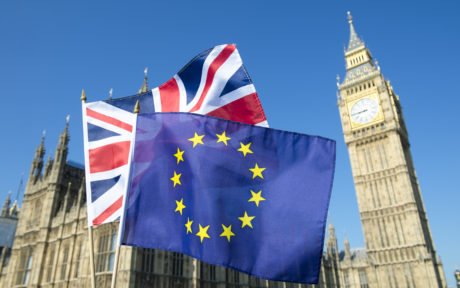 The energy sector in the UK had already seen significant changes with the Energy Act 2011 and various proposals for reform of the electricity market. The potential impacts of Brexit on the UK and global economy could be far-reaching. However, the direct impact on the energy industry is likely to be more muted.

Oil and gas markets are traded on an international level and the EU has little influence over the make-up of a member states energy mix. There will be no danger of blackouts or supply shortages and in the short-term you may see little day-to-day change.

However, the longer-term outlook for post-Brexit energy may be altered, with one of the major issues being the UK’s relationship with, or role within, the EU Internal Energy Market (IEM).

The EU Internal Energy Market (IEM) – will the UK stay a part?

The IEM is a borderless network of gas and electricity transfers between EU member states. Common market rules and cross-border infrastructure allow for energy to be transferred tariff-free between countries.

Post-Brexit, the UK is likely to have less influence over EU energy regulation but will be able to adopt a different, potentially lighter, framework for its energy polices. The extent to which the UK still adheres or follows the EU energy regulation will be dependent on any ‘deal’ reached before March 2019.

Continued access to the IEM is a key priority for the UK Government in its Brexit negotiations. This would allow the country to continue to take advantage of various benefits associated with the IEM including increased security of supply, market coupling, cross-border balancing and capacity market integration.

Having recognised the benefits of the IEM the Government is seeking to retain as free as possible access to internal market and to maintain a strong influence on energy within the EU.

Plans to increase interconnectivity with the Continent are continuing and enhancing with many new interconnector links currently in development (see below). Irrespective of negotiations, this will require close cooperation with the EU Internal Energy Market going forward.

However, there are some inconsistencies in regards UK plans encompassing full membership of the IEM. Continued participation in the IEM is likely to involve the UK adopting various European legislation, which may not tally fully with UK judicial ambitions unless the UK remains part of the institutions which handle EU energy regulation (ACER, ENTSO-E and ENTSO-G for example).

Will Brexit impact on connectivity between the UK and Europe? What about Interconnectors?

The ongoing Brexit negotiations are having no real impact on developments, with four new Interconnector links now under construction.

The Government wants to see all the current planned projects through to operation, the majority of which will not be completed until after the UK has left the EU. Business Secretary Greg Clark had indicated he was keen for the UK to remain in the EU’s Internal Energy Market, although the final result will depend on the outcome of Brexit negotiations.

Regardless of the outcome, the UK’s energy network connections to the EU will remain in place. The Government recently posted guidance on the trading of gas and electricity with the EU if there is no Brexit deal. The publication highlights that there are only small changes expected to Interconnector operations, advising operators to engage with relevant EU national regulators to confirm any requirements for the reassessment of their access rules.

The main area that may see impact is for proposed Interconnectors; those which are still in the stages of project development, without final financial decisions. Uncertainty caused by Brexit, surrounding commercial, regulatory, and operational impacts, will likely see planning stages revisited to adjust for these challenges.

The UK may lose access to the Connecting Europe Facility (CEF) going forward. The CEF help to provide funding for Interconnectors across Europe through targeted infrastructure investment. The Government has confirmed any commitments that have already been made by the CEF regarding Interconnectors into the UK will be safe following the UK’s withdrawal. However, it is not clear whether companies in the UK will be able to seek investments for new projects.

Will EU State Aid rules still apply to the UK?

Unless the UK remains part of the European Economic Area (EEA), then the EU State Aid rules would no longer apply. The Government has said it will transfer existing EU State Aid law into domestic law after Brexit. The Competition and Markets Authority (CMA) will take over responsibility of State Aid enforcement. Going forward, UK rules may diverge from the EU but the extent of this will be limited by the terms of a future UK-EU trade deal.

In the immediate aftermath of Brexit, no significant change to State Aid rules is expected.

Coal-fired power plants in the UK are required to adhere to the EU Industrial Emissions Directive (IED) which places conditions on such plants in order to control and reduce the emissions and waste they generate. Strict emissions limits often require substantial investment in technology to reduce pollution. Several plant determined this was not cost effective, and will close down. All but one coal plant has chosen not to adhere to the new regulations and will close by 2023, and several have already done so.

Despite Brexit, these unabated coal plant will close. The Government has confirmed its policy to remove coal from the fuel mix entirely by 2025.

The Medium Combustion Plants Directive 2015 (MCP) operates in a similar manner, limiting the emissions of harmful pollutants. The UK has adopted both the IED and the MCP into its European Union (Withdrawal) Act, meaning that in the short-term these regimes will continue beyond March 2019. In the long-term the UK and EU will need to agree on common standards following Brexit.

What about EU investment in energy projects?

Several EU initiatives promote investment in energy infrastructure which encompasses funding towards UK projects. The EIB, for example, has invested over €13bn into UK energy projects since 2010.

The draft EU Withdrawal Treaty anticipates this funding will continue, at least for projects approved by the EIB for investment before 29 March 2019.

After withdrawal from the EU, the UK will not be eligible for specific financial operations from the EIB which are reserved for EU member states. New projects may be supported by the EU depending on the nature and if it aligns with the EU’s own energy policy. Cross-border projects, such as Interconnectors and pipelines, may be available to non-member states.

The UK Treasury has sought to boost funding certainty and has vowed to underwrite all funding obtained via a direct bid to the European Commission and has also confirmed Horizon 2020 projects will still be funded.

What about the gas market, will supplies or prices be affected?

The UK already operates a diverse import infrastructure, consisting of Interconnectors and Liquefied Natural Gas (LNG) terminals to allow for the import of gas, mitigating against supply risks. Operations and gas flows are expected to continue as normal, irrespective of Brexit.

A more significant impact is likely to come from the expiry of long-term supply contracts and restrictions which allow for selling capacity on a long-term basis. The tariff network code restricts the price at which Interconnectors can sell their capacity. With Brexit it is unclear whether Interconnectors will continue to be bound by these restrictions.

Other benefits like the Early Warning Mechanism and the Gas Advisory Council may be lost unless the UK can negotiate to retain its role in these.

For Brexit to have a significant impact on gas prices (barring any substantial currency moves) then the withdrawal from the EU would need to lead to export tariffs on EU gas flowing to the UK.

How will Brexit affect the nuclear sector?

The UK indicated its intention to withdraw from the European Atomic Energy Community (Euratom) and the associated treaty (the Euratom Treaty) on 29 March 2017 as part of the Article 50 withdrawal process.

A report from the House of Lord’s energy sub-committee in January 2018 highlighted the potential for this withdrawal to impact UK nuclear operations such as fuel supply, waste management, and research.

However, the Government has made clear withdrawal from Euratom will not affect nuclear security and safety requirements. A Nuclear Safeguards Bill was introduced to Parliament in October 2017, highlighting how this will be achieved by amending the Energy Act 2013.

The Government will also continue to fund nuclear research in the UK, through programs like the Joint European Torus, Europe’s largest nuclear fusion device. Going forward, the UK will negotiate nuclear cooperation terms with other Euratom and non-Euratom members.

What about environmental impacts?

We’ve taken a look at the potential affect of Brexit on the UK’s climate change and renewable energy targets – find out more at our blog.