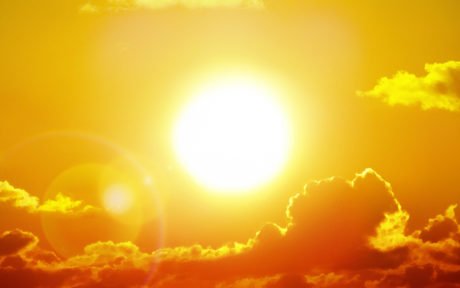 The changes have come from an evolution in how energy is being used, and those who successfully manage these demand patterns, particularly if combined with Demand Side Response (DSR), could see significant cost savings.

Analysis from EIC has shown that maximum summer demand (seen between May and August) has fallen 17% in the last decade. From a peak of 44GW in 2012, maximum consumption for the current summer has fallen to just 35GW.

This near 10GW loss in demand is similar to the reduction seen during the winter. Furthermore, it’s not only peak consumption that’s been reduced but baseload generation. Minimum summer demand has fallen by 19% since 2009. How much of this is down to efficiency improvements or consumption moving behind the meter is unclear. However, the change does mean National Grid has nearly 10GW less electricity demand to manage on its transmission network.

The trend can be seen more clearly when broken down by month. Average peak demand during May 2012 was over 39GW. This year that figure was just 31.5GW, a reduction of over 7GW in only six years.

The cost of LED lighting halved between 2011 and 2013. During this time, consumers switching towards the more efficient bulbs helped facilitate a strong drop in demand. This could be helped further with news that the EU will ban the use of halogen lightbulbs from 1 September 2018.

Another major explanation for the demand drop, aside from efficiency improvements in appliances and lighting, is the significant growth in small-scale on-site solar capacity over the same period. Small-scale distribution connected solar has a capacity of under 4KW but the number of installations has grown from under 30,000 in 2010 to nearly 900,000 in 2018. An increase of almost 2,900%.

As the use of small-scale solar (the type typically installed on housing or commercial property) has grown demand has fallen. More and more of within-day demand is being met by onsite generation. Consumers can take advantage of the bright and warm summer weather conditions to generate their own solar power, thus reducing the call for demand from the transmission network.

The introduction of high volumes of solar generation to the grid – total capacity across all PV sites is over 13GW – has also significantly altered the shape of demand. Consumption across a 24 hour period has flattened in recent years.

The traditional three demand peaks (morning, early afternoon, and evening) have shifted closer to the two peak morning and early evening winter pattern. The ability to generate high levels of embedded – behind the meter – generation during the day in the summer has flattened and at times inverted the typical middle peak. This has left the load shape peaking in early morning (as people wake up) and later in the evening, as people return home from work.

The absolute peak of the day has also shifted in time, moving from early afternoon to the typical early evening peak of 5-5:30pm, again similar to the winter season.

The below graph shows the change over time of the July load shape, which highlights both the reduction in demand and the change in shape, with consumption flattening during daylight hours as a result of behind the meter solar generation dampening network demand. With electricity costs – both wholesale and system – reflecting supply and demand, if consumption is being changed, then it also has an impact on these costs.

Our in-house analysis highlights the impact of onsite generation on load patterns and the extent to which demand can be changed by taking action, and subsequently how behaviours can alter a business’ energy costs.

If you can shift demand away from historical high consumption periods, you can cut your energy costs and make significant savings. One such way to do this is by using smart building controls, such as our IoT-enabled Building Energy Management solution.