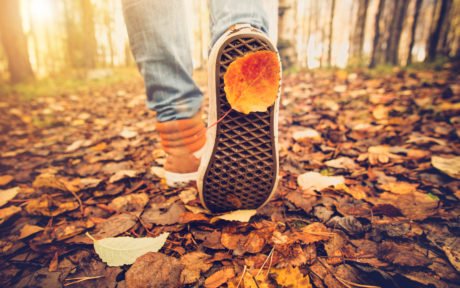 During the Chancellor’s hour-long speech the overall focus was on tax and spending, with little said about climate change. What energy-related announcements were made?

CCL is a tax on energy delivered to non-domestic users within the UK. Businesses participating in Climate Change Agreements (CCAs) can avoid up to 90% of this levy by investing in agreed energy efficiency and emissions reduction measures.

This latest Budget announced upcoming changes to CCL rates. The Government’s ongoing efforts to rebalance the main rates paid for corporate gas and electricity use will see the two prices brought more in line with each other.

The impact to your energy bills

The increase in revenue for the Treasury will come as a direct result of higher energy bills for businesses. An increase in the CCL for 2019 was already expected as a result of the closure of the Carbon Reduction Commitment (CRC).

Carbon Price Support (CPS) is applied to the power sector in the UK, with the exclusion of Northern Ireland, and has been a key driver in the reduction of coal usage in the UK fuel mix.

The Government has decided to maintain the UK’s carbon tax at £18 per tonne of CO2, until April 2021. However, the budget provides plans for the Government to reduce the CPS from 2021-22 if the total carbon price remains elevated.

In addition to this, the Government has published plans for the implementation of a UK carbon tax in the case of a ‘no-deal’ Brexit. Under a ‘no-deal’ scenario, the UK would be excluded from participating in the scheme. This would mean current participants in the EU ETS who are UK operators of installations will no longer take part in the system.

In this instance, the Government will initially meet its existing carbon pricing commitments through the tax system. A carbon price would be applied across the UK, with the inclusion of Northern Ireland, starting at £16 per tonne of CO2, marginally less than the current EU ETS price, maintaining the level of carbon pricing across the UK economy post-Brexit. The tax would be applied to the industrial installations and power plants currently participating in the EU ETS from 1 April 2019.

A freeze on fuel duty

Already announced ahead of the Budget, the Government has promised that fuel duty will be frozen for the ninth year in a row. This will see the tax on fuel, currently 57.95p per litre of petrol, diesel, biodiesel, and bioethanol, remain fixed over the winter period.

The Budget also included changes to Enhanced Capital Allowances (ECAs), which are designed to encourage UK businesses to invest in high-performance energy efficiency equipment. The Government plans to end ECAs and First Year Tax Credits for technologies on the Energy Technology List and Water Technology List, from April 2020. The Government believe these ECAs add unnecessary complexity to the tax system and that there are more effective ways to support energy efficiency.

There is no new funding in place yet, but savings will be reinvested in an Industrial Energy Transformation Fund, to support significant energy users to cut their energy bills and help transition UK industry to a low carbon future.

The Government will extend ECAs for companies investing in electric vehicle charge points to 31 March 2023. This is part of the Government’s ambition for the UK to become a world-leader in the ultra-low emission vehicle market.


Despite the recent landmark ‘1.5C report’ from the Intergovernmental Panel on Climate Change (IPCC), the Budget was very light on details concerning climate change and the environment. There were no announcements within the Budget to encourage new investment in renewable energy in the UK, despite industry calls to support new onshore wind and solar.

Our Market Intelligence team keep a close eye on the energy markets and industry updates. For the most timely updates you can find us on Twitter. Follow @EICinsights today.