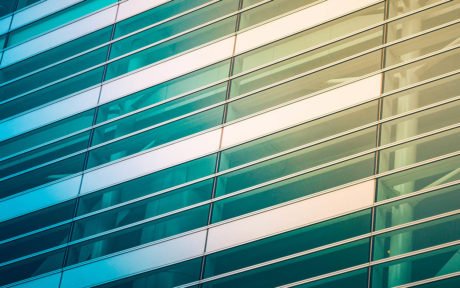 Find out more at our Streamlined Energy and Carbon Reporting (SECR) service page. 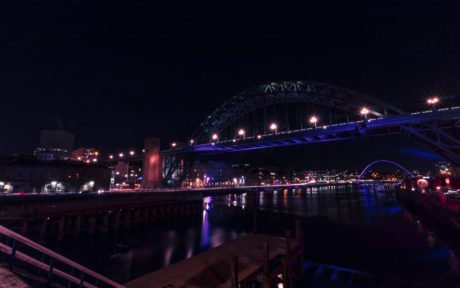 The Triad season has concluded for another year and the three Triad dates, as published by National Grid, are listed in the table below. EIC have once again called an alert on each of these days.

The Triad season runs from the start of November to the end of February every year. In this period, National Grid identifies the three highest half-hour periods of demand. Each Triad needs to be at least ten clear days apart from each other.

These three Triads form the basis of National Grid’s electricity transmission charges. For half-hourly consumers with direct pass-through of transmission costs, these Triad points are of particular importance. If these consumers can predict when the Triads will occur and reduce their demand when they happen then their final transmission costs can be significantly reduced.

Total UK winter electricity demand for 2018/19 (Nov-Feb) has declined by 19% since 2009/10 as a result of energy efficiency, demand side management, and warmer weather trends. Consequently, these trends, supported by targeted demand-side management schemes such as the Triad, have created a declining trend in the Triad peak demand and, more recently, a flattening of the profile seen during the peak periods.

Another factor contributing to the decline in demand is the steady increase in installed wind capacity over the past decade. Most of this capacity is connected to the Grid so does not impact demand. However, around 6 GW (~30%) of wind capacity is embedded so is connected to local distribution networks. Embedded wind generation is invisible to National Grid and can instead influence outturn demand. Average embedded wind output has increased by more than 1 GW over the past 10 years which has contributed to the decline in average demand seen in the graph below.

Throughout the past winter embedded wind generation varied by 3 GW, depending on nationwide wind conditions, which led to a demand swing of the same amount. Embedded wind generation is having a growing influence on Triad forecasting as the increasing demand swing reduces the risk of a Triad occurring on days with high wind output. This was demonstrated during the previous winter as all three Triads occurred on days when embedded wind output was less than 1 GW.

This winter, National Grid demand forecasts showed a significant error against outturn demand. The graph below shows that across the Triad period National Grid day-ahead forecasts averaged 2.4% higher than demand outturn on 76 days and 1.3% lower than demand outturn on 6 days. Furthermore, on EIC alert days National Grid day-ahead forecasts were 3.6% higher than actual demand levels. This equates to a difference of 1,600 MW which is the equivalent of 2 million microwaves or half a million kettles being used at the same time. In comparison, the average day ahead error for the last Triad period was 1.5%, which shows that uncertainty in forecasting has increased.

Another contributing factor to the fall in peak demand was milder temperatures, with an average UK temperature of 5.7°C this winter. This is higher than the previous winter average of 4.1°C and the 10-year average of 4.7°C. There has only been one milder winter in the past 10 years; in 2015/16 when the average temperature was 6.2°C. The graph below shows the link between low temperatures and high demand. This winter there were only 36 days below seasonal average temperature, whereas last winter there was 61. Nearly half of these days fell within the same cold spell at the end of January so only one Triad fell during this period. This meant there was an increased chance that the remaining two Triad dates would fall on milder days with low wind. This was the case with the Triad on 10th December as the temperature was above seasonal average but wind output was only 1.7 GW.

National Grid estimate that demand side response (DSR), where consumers reduce energy usage during peak times, can lower national demand by up to 2 GW. The impact of DSR is typically larger during periods of cold weather and when all suppliers have issued a Triad warning. However, as we have seen from the December Triad, a lower level of demand response on milder days can inadvertently increase the risk of that day being a Triad.

The implementation of DSR has also affected the timing of the peak demand period. The graph below shows that the evening peak on Triad alert days was both longer and flatter than on non-alert days. When EIC issued a Red or Amber alert the evening peak typically lasted from 4pm to 8pm and was 4 GW higher (~10% increase) than afternoon demand (12pm to 2pm). Whereas on Green alert days the evening peak occurred between 5pm and 7pm and was 5.7 GW higher than afternoon demand (~15% increase). This suggests that a large number of businesses are reacting to Triad alerts by reducing demand during the typical evening peak.

The flattening of the evening peak on Triad alert days created problems with several suppliers’ Triad forecasts. The table below shows that six large suppliers all incorrectly predicted the peak time period on a number of occasions. For example, on 3rd January all six suppliers in the table below recommended reducing demand at some point between 4:30pm and 7pm. However, the peak half-hourly period fell between 4pm and 4:30pm before many businesses started to reduce demand. EIC managed to correctly predict the timing of the peak half-hourly period for all 24 of the alerts issued, eliminating the risk to our customers of reducing demand at the wrong time and potentially missing a Triad.

As a result of the success of the Triad scheme in reducing peak demand as well as other fundamental changes to supply and demand, we have now reached a point where Ofgem are considering a different charging methodology. The Targeted Charging Review aims to introduce a charge that Ofgem consider is fair to all consumers and not just those able to reduce consumption during peak periods. Ofgem’s preferred option is for a fixed charge, however there is also the potential for a capacity based charge.

It is possible that next winter will be the last for Triad forecasting although at this point no timescales have been confirmed. The removal of the Triad scheme will increase costs for many business that currently benefit from Triad avoidance. An innovative way for these businesses to reduce future electricity costs is to invest in on-site generation and Intelligent Buildings solutions. EIC can help with this.

As the Triad dates have been confirmed for the 2018/19 season we are now able to calculate your Transmission costs for the next year. This forms part of our 360 Strategic Review which is the ideal first step to creating a Strategic Energy Solution for your business. It is key to unearthing hidden savings potential within your business. We’re offering businesses this insight for FREE. Claim yours here https://hubs.ly/H0gG7j20

Our IoT-enabled Intelligent Buildings solution brings together the required technologies to integrate your critical energy systems with a single, remotely-managed platform. This means you can manage your buildings in real time, reacting to Triad alerts, saving valuable time, money, and hassle. Find out more here https://hubs.ly/H0gYtTJ0