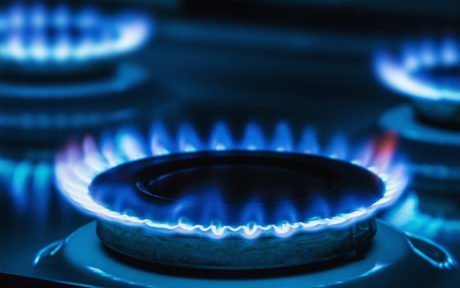 On Thursday 1 March, National Grid was forced to call a Gas Deficit Warning (GDW) for the first time since 2008. The warning was issued following a series of significant supply losses.

On Thursday 1 March, National Grid was forced to call a Gas Deficit Warning (GDW) for the first time since 2008. The warning was issued following a series of significant supply losses.

The recent severe cold weather affected gas production in both the UK and Norway. With high demand across Europe, supplies via flexible pipelines from Belgium and the Netherlands fell significantly. Through most of February, these pipelines were providing around 60mcm of supply a day. However, since the ‘Beast from the East’ began to bite, this fell closer to 30mcm.

Last Thursday’s strong price rises helped to push imports back higher, but this reduced supply increased our reliance on other flexible assets.

Medium range storage was sending out at over 70mcm a day to meet the higher demand. Storage began the week 65% full with just under 1,000mcm in storage. The week saw 500mcm of this stock used and if this continues at the same rate, supplies will be empty by the end of this week (9 March).

There is now only 220mcm of gas stored at the UK’s three LNG terminals (Grain, Dragon, and South Hook), yet during the cold snap sendout peaked at over 80mcm/day. Were that rate to continue, LNG stocks would be empty within a week. This gas will have to be replenished but there are currently no tankers booked for the UK.

The extreme cold has now ended, with Europe seeing an even bigger thaw, which should aid a return of imports from the Continent.

However, temperatures are set to remain below seasonal norms for the rest of the current 15 day forecast. Fortunately, this cold spell has been accompanied by very strong winds. While this makes it feel even colder, the good news is it reduces the need for gas in the fuel mix. This week sees wind drop from 10GW, to just 3GW. This will support gas demand if CCGT (Combined Cycle Gas Turbines) output has to increase to offset the lower wind output.

There is enough gas around to make it through the current cold snap, but if it is prolonged or there is a further spell of cold later in March, this could be very troublesome.

The last few years have seen a significant reduction in Europe’s flexibility with the closure of Rough and cuts to Groningen production. This reduced flexibility and the closure of coal plants – which previously might have reduced gas demand for generation – will make price spikes more common in the future.

The market reaction has been confined to the shorter-term markets and future winters are not yet adding in any risk premium. If these events do become more common, suppliers will have to build this risk premium into offers, and this will likely see prices rising.

In volatile times you need to understand the risks to be able to capitalise on market movements. That’s where we come in. We have the in-house expertise to manage any risk associated with flexible procurement. Our Risk Management service offers you live market prices through our online reporting. You will also receive twice-daily updates and a weekly market summary and price forecast message.